Although we cannot change the outcome of the season being cancelled, we can still celebrate our Seniors and their commitment to their respective teams. Our hearts hurt for you not being able to compete in your final season, but we want to show you our appreciation this week by honoring you! We wish you the best going forward and know you are prepared to be great at what you decide to do in the future! #REDHAWKY 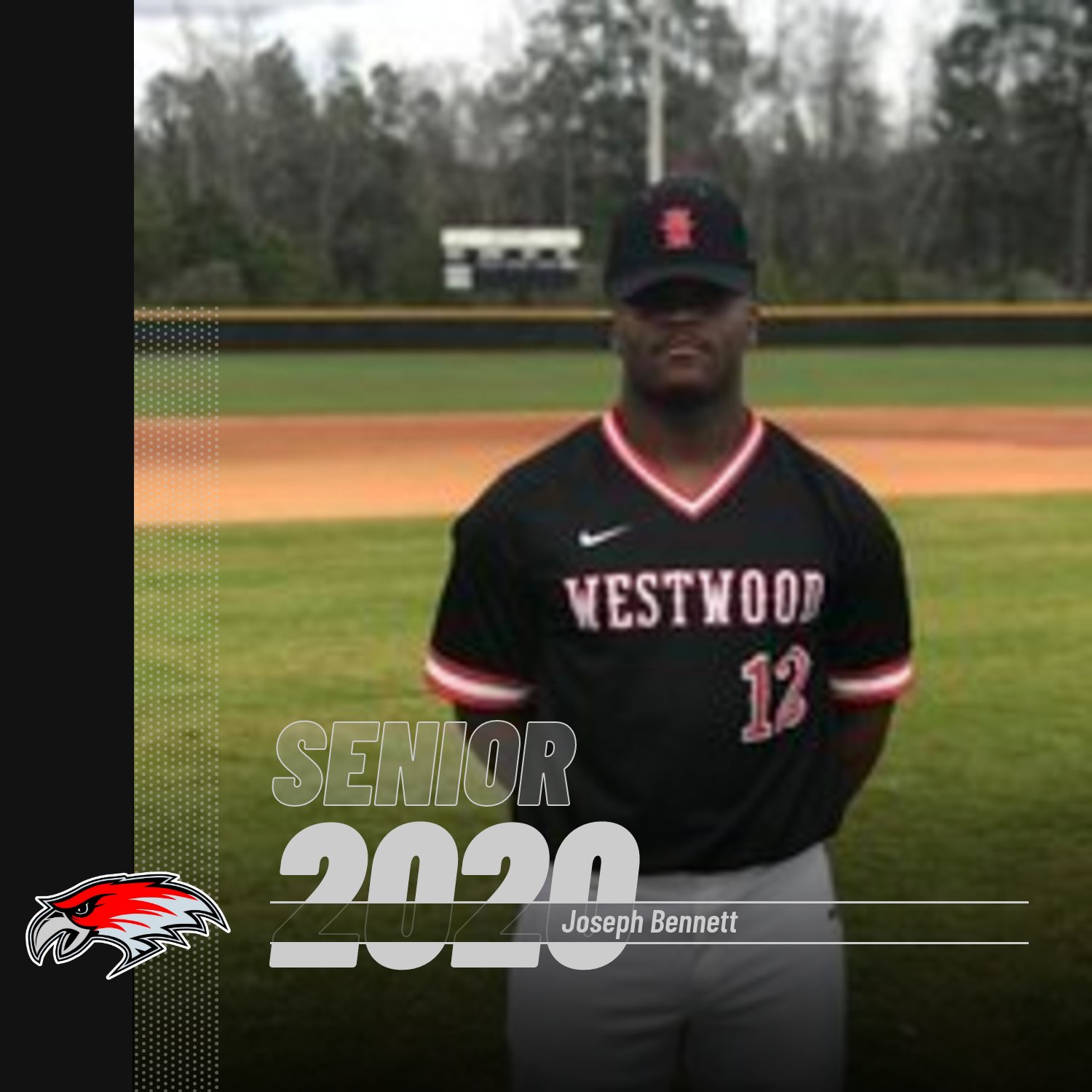 #12 – Joseph “JAB” Bennett – OF/3rd/2nd – JAB affectionately known as “Bam Bam” was a true utility player for the Redhawks.  The coaches could put him anywhere on the field with full confidence.  JAB was a ferocious hitter, with blazing speed, earning him the respect of every defense he played.  Whether JAB is racing dirt bikes or on the baseball field, he was having fun and always smiling.  Son of Joseph and Mona Bennett. 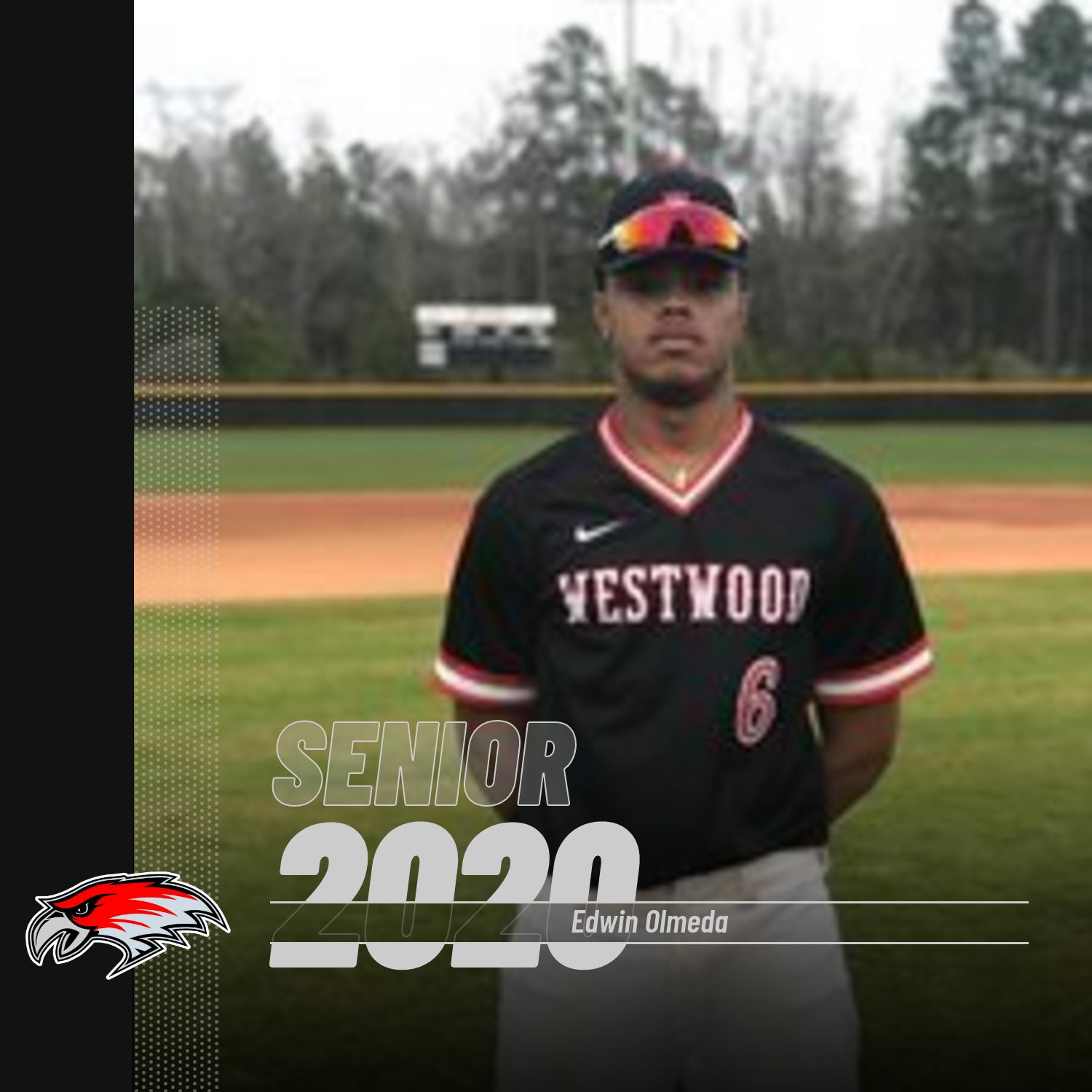 #6 – Edwin Olmeda Jr. – CF/1st/P – Eddie will be attending USC-Lancaster in the fall where he will continue his academic and athletic career, where he will play center field for the Lancers.  Eddie was a member of the Region 3 AAAA All-Region team in 2018, and a member of the Red Bank Invitational All-Tournament Team in 2019.  Eddie was dedicated to making himself and those around him better, and was a mentor and coach to his peers.  Son of Edwin and Tia Olmeda. 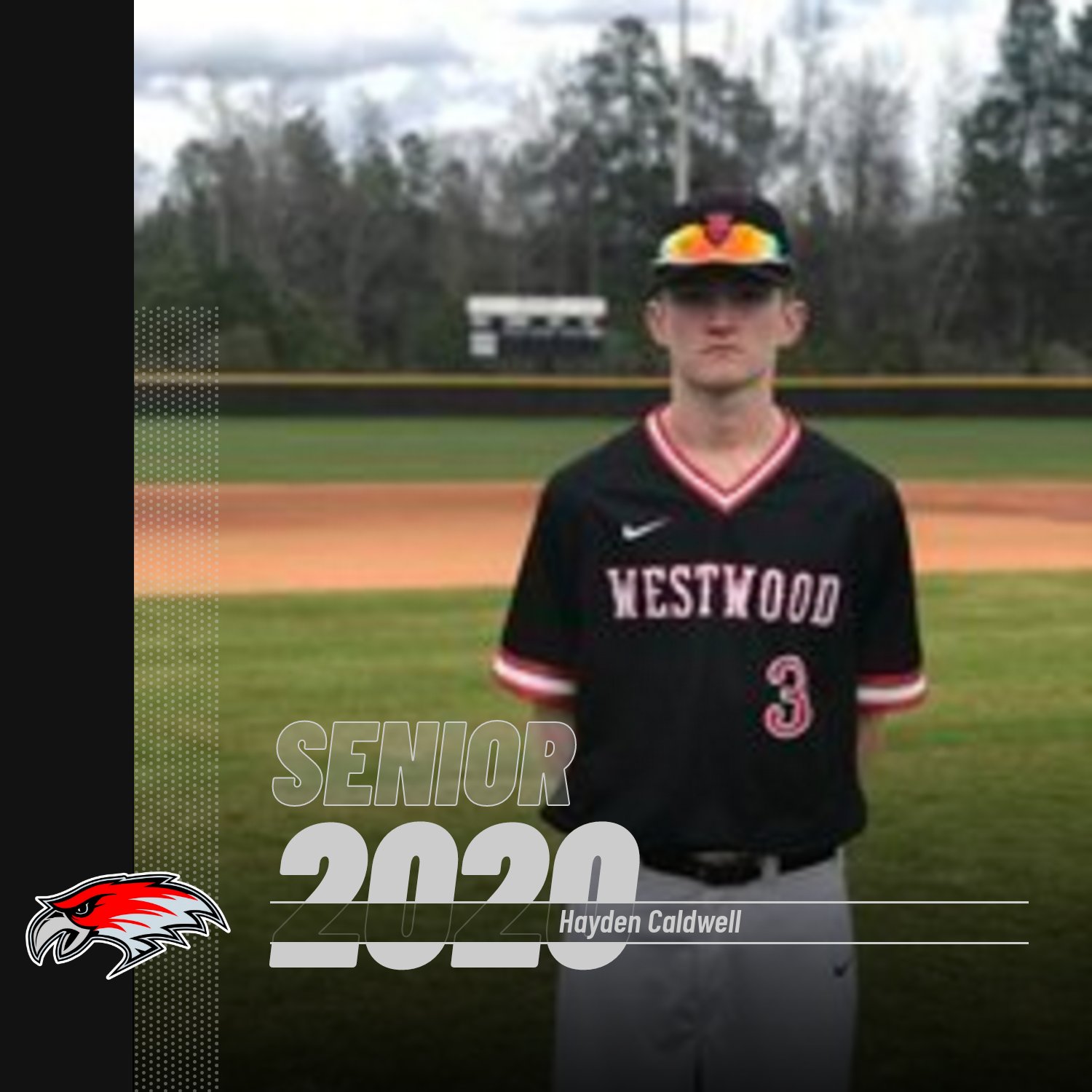 #3 – Hayden Caldwell – 1st/P – Hayden will be attending Clemson University in the fall where he plans to major in Business.  Hayden was the starting 1st Baseman and #2 starting pitcher for the Redhawks, with the ability to throw any pitch on any count, making him very difficult to hit off of.  Hayden is a true team player, willing to do anything the coaches asked to help the team.  Son of Jason and Amy Caldwell. 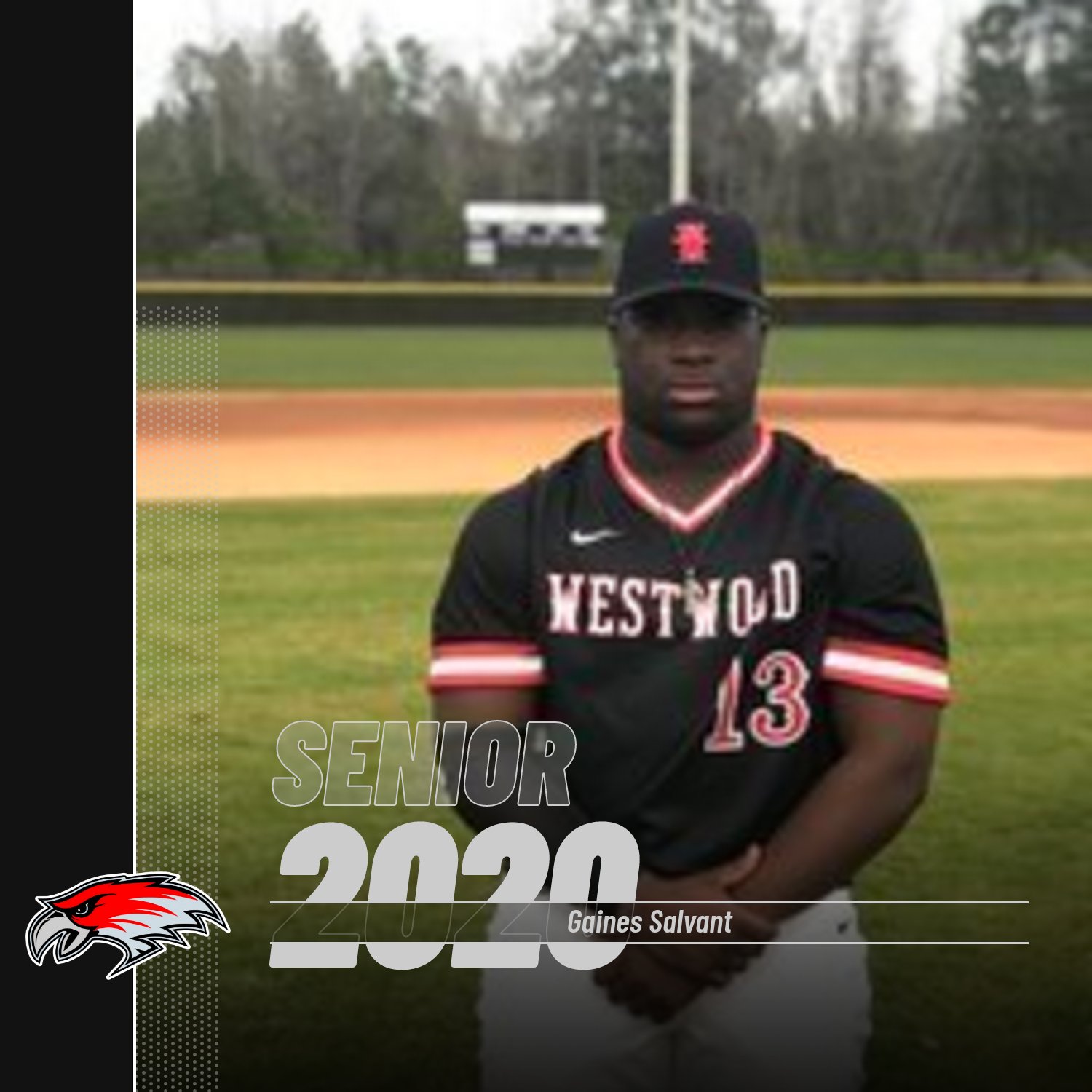 #13 – Gaines Salvant – 3rd/P – Gaines is continuing to work hard on his game in hopes of playing baseball at the collegiate level.  The coaches have no doubt that he will be successful in finding a spot on a college roster come this fall.  Gaines was a hard-working, fun-loving player who did whatever was asked of him to help the team.  His infectious spirit and celebratory back-flips will be missed.  Son of Bobby and Tori Savant. 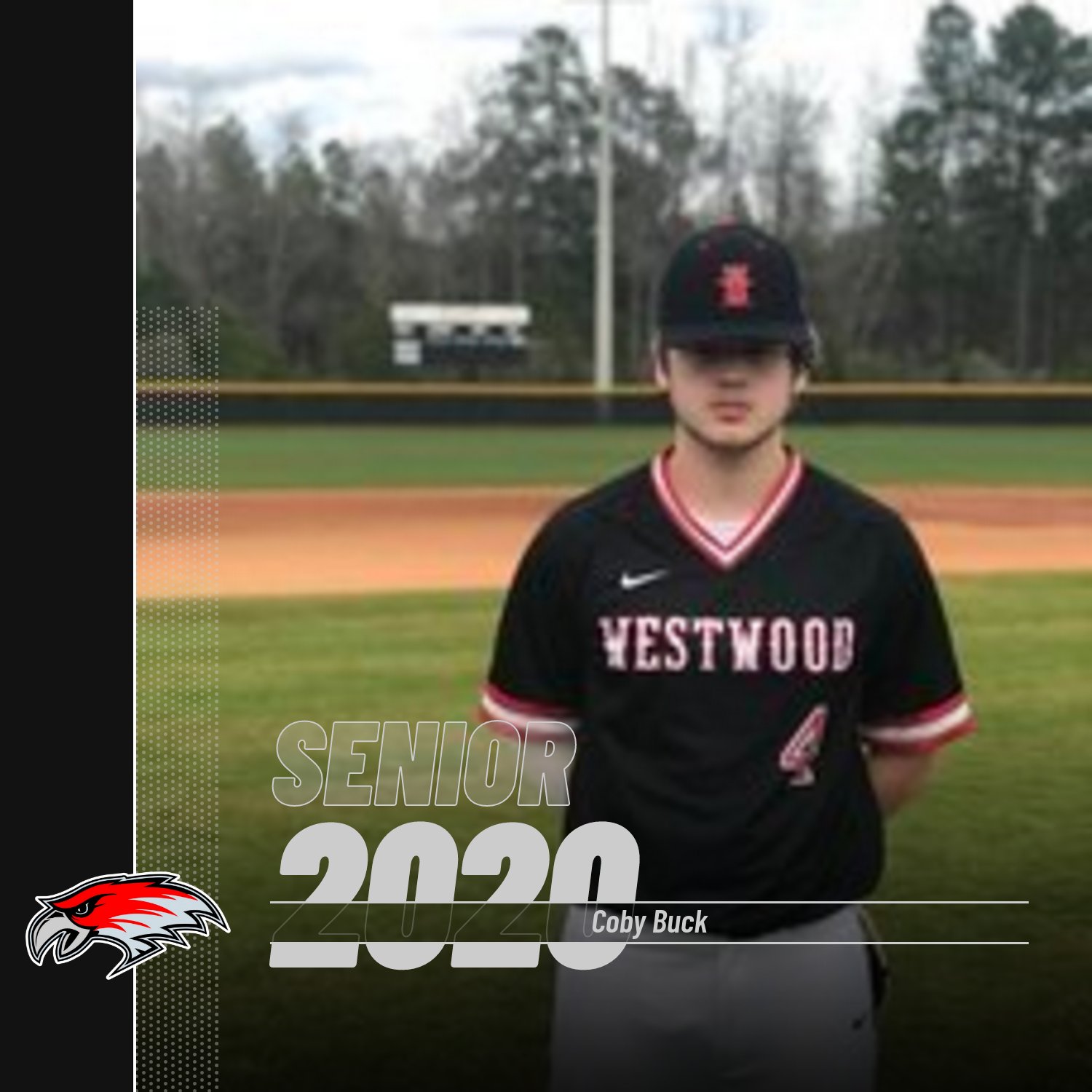 #4 – Coby Buck – C – Coby will be attending Midlands Tech in the fall, studying Architectural Design with plans on transferring to Clemson University after that.  Coby was the leader of our defense on the field and in the dugout, and always had a smile on his face.  Coby led by example, and his leadership has helped to mold the younger players.  Son of Jeff and Shannon Buck. 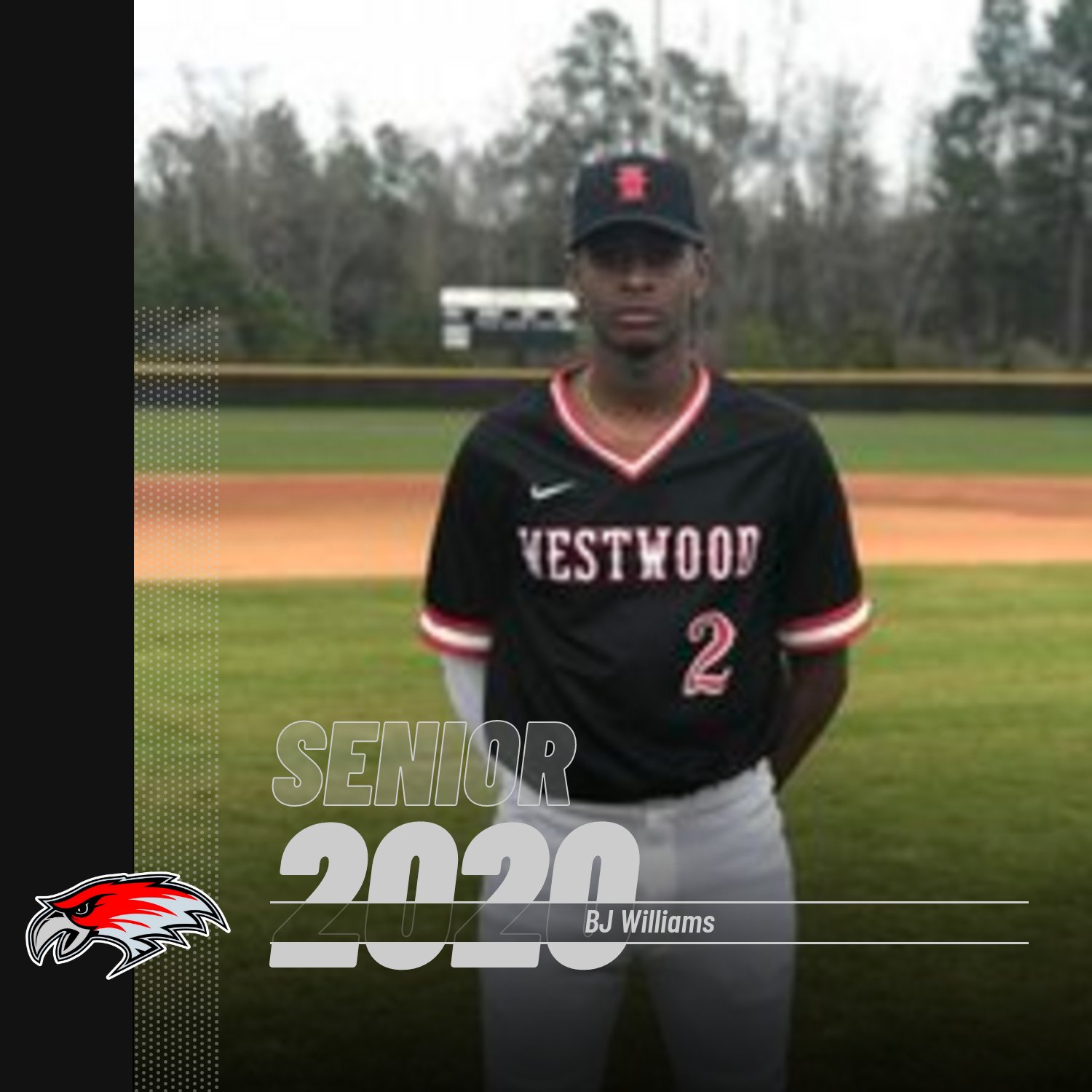 #2 – BJ Williams – MIF/P – BJ will be attending the Georgia Premier Academy next season to further continue his baseball career.  BJ is currently ranked in the top 50 in the nation by Perfect Game, and was named as one of the top 50 prospects in the State of SC.  He was also named to the Red Bank Invitational All-Tournament Team in Westwood’s pre-season tournament. He has grown to be a tremendous leader, and mentor to his peers during his time at Westwood.  Son of Bryant and Monteriai Williams.

Wishing all of you the best!!