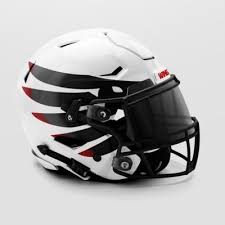 by Emerson Phillips
(courtesy of the Camden Chronicle-Independent)

Late in the third quarter, the Demons (1-1, 1-1) led 17-8 and appeared to be in good position to earn their second straight win to begin this COVID-shortened season after defeating Dreher in the opener a week prior in Columbia.

But against Westwood (1-1, 1-1), the momentum turned on a dime on a single play when the Redhawks scored on a 35-yard run up the middle by seldom-used junior running back Julian Milligan – it was Milligan’s only carry of the night. The 2-point try failed, but L-E’s lead was cut to 17-14 with 59 seconds left in the third.

After an L-E punt, Westwood put together its best drive of the young season with a 9-play, 84-yard march that featured two clutch, acrobatic catches by Westwood wide receivers. Senior Xorian Dobey made a twisting, mid-air catch and held on after taking a big hit and landing on his tailbone to pick up 27 yards to the Westwood 42-yard line. A few plays later, sophomore Noah Jennings worked the left sideline beautifully and split two well-positioned L-E defenders to haul in a 22-yard touchdown pass from QB Rashad McCain to put Westwood in front 22-17. The 2-point try failed, but Westwood didn’t look back.

On L-E’s ensuing possession, Westwood junior defensive back Jeremiah Jennings made a tremendous break on a third-down pass from the L-E 48. Jennings plucked it with his left hand, the football stuck like velcro in his palm, and Jennings took off down the left sideline for a 48-yard interception return touchdown with 6:40 left in the game. The two-point try failed, but Westwood led 28-17.

Westwood got the ball back again and put the game on ice with a 28-yard scoring run by senior running back Nicolas Gilliam with 4:30 remaining.

Westwood, trounced by AC Flora 44-6 a week prior in the opener, held L-E three and out to begin the game and went on a 9-play, 67-yard drive to open the scoring. McCain scored on a 10-yard run and then ran for two to put the visitors up 8-0.

But the Demons answered with a 23-yard Asher Warner field goal – a low, line-drive kick from the right hashmark – to cap an 11-play 63 yard drive with 2:33 left in the opening quarter.

In the second frame, L-E took advantage of a short field after Westwood snapped the ball over the punter’s head. L-E took over at the Westwood 12, and quarterback Jamari Harris stretched the football out and knocked the right pylon down on down on a brilliant nine-yard scoring run. Warner kicked the PAT and L-E carried a 10-8 lead into the locker room at halftime.

L-E extended the lead to 17-8 on a six-yard TD run by fullback Scotty Dean with 3:14 left in the third quarter.

Up to that point in the game, Westwood unofficially had completed just one pass. But the Milligan TD run gave the Redhawks life, and the Redhawks went on to find their passing game and their identity on offense.